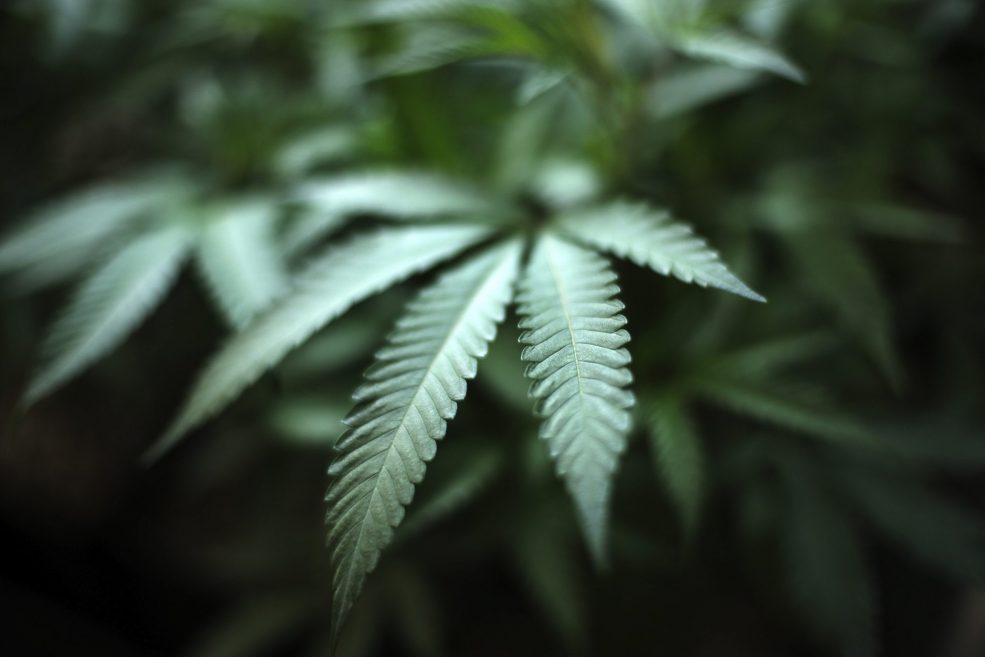 WASHINGTON — U.S. Federal health officials issued a national warning Thursday against marijuana use by adolescents and pregnant women. As more states legalize the increasingly potent drug for medicinal and recreational use.

Health and Human Services Secretary Alex Azar and Surgeon General Jerome Adams made the announcement, with Azar calling cannabis “a dangerous drug.” Officials said President Donald Trump has donated $100,000. One-quarter of his annual government salary towards a digital campaign to raise awareness of the risks. Trump has forgone his official salary since taking office.

The warning comes as legal cannabis has grown into a $10-billion industry in the U.S.. With nearly two-thirds of states legalizing it, mainly for medical uses.

Possessing small amounts of cannabis for adult recreational use is legal in 11 states and the District of Columbia, according to the National Conference of State Legislatures. The list includes California, Colorado, Michigan and Maine. Federal law still treats it as a controlled substance akin to opioids.

“Science shows that cannabis is harmful to the developing brains of teenagers and to the human fetus. The drug has also gotten stronger, with a three-fold increase in the concentration of the active ingredient THC in cultivated plants over the last 20 years.”

The American Medical Association said it strongly supports the government’s effort. It added that for some time it has been recommending against marijuana use by teens, pregnant women and women who are breastfeeding.

The surgeon general said his advisory is a direct result of scientific research that runs counter to changing social mores.

“Marijuana use is a risk to the developing brain,” Adams said. “Over time there has been a change in attitudes about marijuana creating a false sense of security.”

While the White House has made the opioid epidemic a top policy and political priority. Marijuana, previously had not gotten such high-level attention.

Federal officials say they fear the trend toward legalization may make it more enticing for teenagers to try marijuana. It’s a commonly used drug among youths, they said, along with alcohol and e-cigarettes. No states allow recreational marijuana use by teens. States with medical marijuana programs, Illinois among them, generally allow use by minors with consent from a legal guardian and certification from a doctor.

Adams said that for teens it carries a risk of affecting brain development, which continues in the 20s. Frequent marijuana use by teenagers is associated with changes in parts of the brain that are involved with:

Among pregnant women, marijuana is the most commonly used illicit drug. About 7% reporting that they had used it within the past month in a 2017 study. Some women use it to help with morning sickness.

The American College of Obstetricians and Gynecologists and the American Academy of Pediatrics advise women not to use marijuana during pregnancy, and to discontinue the drug if they find out they are pregnant.

The government’s National Institute on Drug Abuse is paying for several studies on marijuana use in pregnancy, including one involving women who have chosen to continue using the drug to treat morning sickness despite warnings.

Why NIDA is worried about the Legalization of Cannabis?

While some studies have suggested that marijuana may be harmful to the developing brain, the evidence isn’t conclusive, explained NIDA Director Nora Volkow, who said she strongly supports the surgeon general’s warning.

“We cannot close our eyes and say this is not happening. It’s happening,” said Volkow. It would be a missed opportunity not to continue the research to find conclusive evidence on how the drug affects the fetus, she said.

“My view is that the way that you change things is by providing evidence,” she added.